In our latest interview, we talked to Rev. Shelby Loster, our Digital Humanities Projects Coordinator. She coordinates and develops SEDRA, Beth Mardutho’s online Syriac dictionaries, and Simtho, our searchable database of Syriac literary texts. Shelby was a Herman & Mary K. Seibel Fellow in 2019–2020 and is an alumna of our Syriac summer school. She holds an MA in Theology from Fuller Theological Seminary with a concentration in Ancient Near Eastern Studies, and a BA in Sociology from California State University, San Bernardino. She is also an ordained elder in the Free Methodist Church. 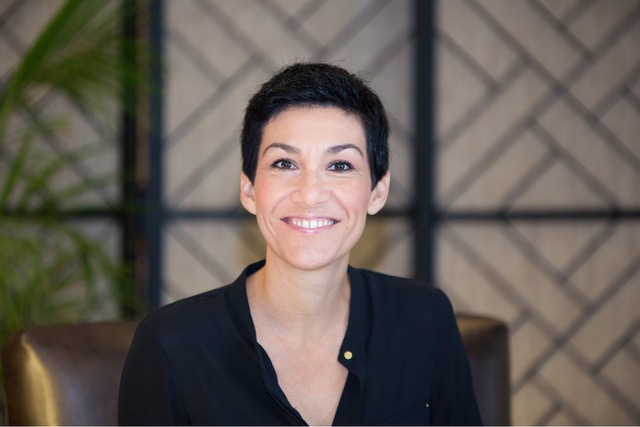 Tell us a bit about your projects. What do you work on for SEDRA and Simtho?

“I coordinate volunteers for both SEDRA and Simtho, including those who tag or dedupe lexemes for SEDRA and those who tag text files or type up Syriac sources for Simtho. For SEDRA, I edit lexemes, words, images as needed. For Simtho, I gather and manage metadata, and I edit existing text files and prepare new sources for inclusion.”

That sounds like very technical and detail-oriented work, as is typical for the digital humanities (DH). Can you explain why these projects are important in the grand scheme of Syriac studies?

“These projects are important because they provide valuable resources for Syriac scholars and Syriac heritage members, allowing for the propagation and preservation of Syriac language and heritage.”

Those are our goals here at Beth Mardutho! How did you originally become interested in Syriac and DH?

“I first became interested in Syriac after studying Hebrew, Aramaic, Ugaritic, Akkadian, and other Semitic languages. During Greek class, someone recommended I study Syriac as well. I became aware of and fascinated by Digital Humanities when I went to Beth Mardutho for the first time in 2018 to take Syriac I and II.”

We love that you’ve stayed with the institute for so long! What keeps you coming back—first as student, then DH fellow, now staff?

“I’ve stayed with Beth Mardutho because George makes learning Syriac and Digital Humanities fun and accessible. After returning the second year to take the summer course, I applied for the Herman & Mary K. Seibel Fellowship in Digital Humanities and got it, and spent a year helping develop the beta version of Simtho. Since then, I have been learning Python, regular expressions, Google scripts, as well as improving my Syriac.”

What’s your favorite memory from the past few years with BM?

“One of my favorite memories was the day we did our beta launch of Simtho at the Society of Biblical Literature Annual Meeting in San Diego. Seeing scholars from around the world trying and liking a project I had worked hard on was an amazing feeling. Another moment was when I wanted to research a Syriac phrase for a Beth Mardutho project and was able to use Simtho to find the answer. It was awesome!” 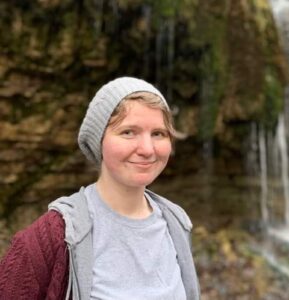 Meet Joss Childs, an alumna of our fellowship program and now an Editorial Assistant for Hugoye encoding articles in TEI XML. Currently a senior at Mount Holyoke College, double- majoring in Religion and Greek, Joss received the 2020 Dr. Nebil and Mrs. Jennifer Aydin Fellowship in the Digital Humanities. She loved her work so much she stayed on as staff! We interviewed her recently about her projects for Hugoye and what it’s been like working during the pandemic.

How did you get involved with Syriac Digital Humanities (DH) initially?

“I first learned about Syriac DH when I took Syriac I at Beth Mardutho a couple of summers ago and heard the fellows present about their projects. I was blown away by the work that they were doing and wanted to get involved however I could.”

“I encode Hugoye articles according to the TEI guidelines, which are a set of rules designed for the digital humanities on how to encode texts in XML. For most Hugoye articles, this means tagging when words are italicized/in different alphabets/have a footnote/etc. so that the formatting will load correctly on article’s page. It’s surprisingly fun and educational work, since I end up reading a lot of articles as I’m encoding them that I’d never have read on my own.”

Many of our DH fellows stay in touch with us after their summer, but few actually stay on as staff! What made you want to continue with the project after your fellowship concluded?

“Besides the enjoyment I get out of reading all these new things, I continued working on this project after my fellowship ended because I strongly believe in the importance of making academic resources as easily and widely available to people as possible. I’ve also got a personal investment in making sure all of Hugoye is encoded and available, since I cite Hugoye articles in my own work pretty frequently and it will be helpful to have an accessible, searchable version of all those articles.”

The pandemic has impacted everyone’s work (and personal) lives this year. What’s been your experience working through these challenges?

“Doing my fellowship and my senior year of college remotely has definitely been strange. I’m a little old-fashioned when it comes to technology, so adjusting to doing all of my classes and research online has been hard. It’s also made me really appreciate just how far technology in general, and the digital humanities in particular, has come—regardless of the pandemic, I’d never have been able do the sort of research I’ve been working on this year without easy access to digital manuscripts.”

It sounds like it’s been empowering work. Have you seen your projects for Beth Mardutho impact your current life interests?

“I’ve always thought that I was just “bad at computers”. Trying to understand how digital tools worked was an intimidating and overwhelming idea, so I assumed that meant that I couldn’t use them. My summer fellowship has made me feel much more confident in my ability to learn to use new digital humanities tools and in my technological skills more generally.”

Read the latest issue of Hugoye here. Learn more about our summer fellowships in the Syriac digital humanities here.